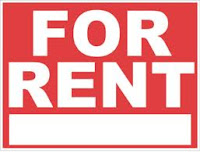 The USCIS’s recent policy change regarding how to count indirect jobs created by tenants has thrown a monkey wrench into the world of EB-5s. The following is Part 3 of a three-part post on the recent “tenant issue” that has thrown many pending Regional Center applications into limbo.

Part 1: Chang v. United States – The USCIS has made sweeping changes before, and has even applied it retroactively.

Part 2: How did the tenant issue unfold? (A chronology of what happened in early 2012 – only for real EB-5 junkies.)

Part 3: What does this mean going forward? (Unless you are an EB-5 junkie, you don’t have to read the first two posts.)

1. It will become more difficult to raise large amounts of financing through EB-5s. Until January of this year, if you were building a shopping mall, all the indirect and induced jobs created by your tenants could be counted for EB-5 purposes. Same applies if you build a commercial building and house tenants. Not any more. The USCIS is now asking for proof of excess demand (see language of RFEs in Part 2), simply put, if you want to count the tenants of a Ruby Tuesday in your mall, show us through verifiable evidence that the said Ruby Tuesday would not have gone ahead and set up a new restaurant in a nearby vacant facility had you not built your mall. This means, absent strong demand studies and other verifiable evidence, facilities that house a lot of tenants (shopping malls, office buildings, etc.) will only be able to count construction jobs (assuming the project lasts for more than 24 months) which in turn means smaller job numbers and fewer investors. This new policy also has the effect of the EB-5 program favoring owner-operated projects that have few or no tenants, in other words, smaller projects. (Yes, this is a big thing.)

2. Effectively, one will no longer be able to file applications for Regional Centers without a concrete project (though not necessarily a shovel-ready project). These types of applications, known as “generic applications” were fairly common. Until recently, one could apply for an initial Regional Center designation for, say, a hypothetical hotel in a hypothetical location and get a hypothetical business plan and economic report based on hypothetical numbers. Then, the information pertaining to the actual project would reach the USCIS for the first time when the very first investor’s I-526 was filed as long as they were in the already approved industry and geographic area. Sometimes people would have one real project and a couple of hypotheticals in the initial I-924 (the idea being, ‘I’m spending all this time/energy/money to get the RC approved for my hotel project, might as well throw in a couple of hypotheticals for different industries for later use’). Recently, one could sense the discomfort of the USCIS with generic applications or hypothetical projects in comments made during public engagement conference calls. (Why I think this discomfort is understandable but not warranted, I will explain in a future post.) But now, by requiring each project to provide demand impact, hypothetical projects seem to have been effectively been prohibited except for a very narrow group of industries.

3. Retroactive Application? As mentioned in Part 1, the USCIS has in the past retroactively applied new rules to pending applications. In the case of Chang v. United States this resulted in hundreds of people already in the United States being denied I-829 approvals. After 6 years in the district and federal court system, the USCIS was chastised for being unfair so we can hope that they won’t do it again. BUT, in the case of the tenant issue, there are many layers of potential “retroactive” applications that need to be considered.

I’m sure there are more issues that the EB-5 community has not thought about yet. Just remembered one! Is the USCIS’s change of policy valid to begin with? But I will not venture into that territory. My grasp of the economic concepts is rudimentary at best, though I will add that people who know more than I have been submitting letters to the USCIS citing Keynes and Adam Smith and the whole lot. What I do know for sure (and maybe it is the pessimistic Asian in me who grew up in a military governed state until my sophomore year in high school and then spent the rest of high school and all of college witnessing firsthand the clumsy attempts at “peaceful transition of power”) but as long as there is room for debate on the right or wrong interpretation of a theory (i.e. unless the government is CLEARY wrong), it is highly unlikely a government agency will say, “OK, we were wrong and we’ll let you do what you used to do”. That said, as a practitioner, I just want the USCIS to at least let the community know what it intends to do and how it intends to do it. Unfortuately, historically, people have only been able to figure out the USCIS’s position on controversial issues only after a meaningful numbers of RFEs, denials, and AAO decisions have been issued. And by then the EB-5 Program might experience the type of reputational harm that effectively shut down the program for 6 or so years in the late 1990s (see Part I).