State of California will no longer issue TEA Letters

State of California will no longer issue TEA Letters 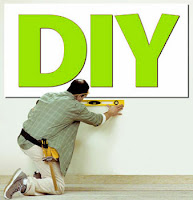 California announced on its website a few weeks ago that it would no longer issue TEA letters for individual projects. Instead, it has issued a blanket TEA letter designating certain municipalities as qualifying for TEA status. While providing certainty for some projects that will be located on this list, for many new projects that could otherwise qualify, this move by the state government will most likely dampen the introduction of new EB-5 investment projects being set up in California.

A rural area is defined as an area which is not in a metropolitan statistical area (“MSA”) and not in the outer boundary or any city or town having a population of 20,000 or more. You can find out if your area is an MSA or not by going here. Pick any location on the map, drill down and scroll to the bottom of the page. (As the focus of this post is not on Rural Areas I won’t belabor the fact that the regulations actually say that the location in question is either not an MSA OR not near a town/city with a 20,000+ population but the USCIS requires that the location be both a non-MSA AND a big town/city.)

High unemployment is defined as an area that has experienced an unemployment rate that is 150% or more of the national unemployment rate at the time of the investment or the I-526 filing, whichever comes first. There are two ways an investor can prove to the USCIS that the location in question qualifies as a TEA under the high unemployment prong. You can either a) provide evidence (presumeably through public data) that the location in question in fact as the requisite unemployment rate OR b) have a designated state agency certify that a certain area qualifies for the high unemployment numbers and it thus a TEA. The latter is what people call a “TEA Letter”. Not surprisingly, the majority of EB-5 projects that otherwise do not qualify for Rural Area TEAs, choose option b). And the State of California is not saying, we won’t do b) anymore if you are not on “the list” because you can do it yourself (now do you get the picture for this post?).

What does this mean? Many things! Click on the EB-5 Alert that goes into detail about the implications.