Clarification on the Buy a House Get a Visa Bill

Clarification on the Buy a House Get a Visa Bill

As soon as the Wall Street Journal article relating to a new bill introduced by Senator Schumer(D-N.Y.) and Senator Mike Lee (R – Utah) which aims to allow foreigners to “buy a house and get a U.S. visa” hit the airwaves, I received three emails from friends and colleagues asking about what this meant for the EB-5 program. Now that the dust has settled somewhat, the verdict is in and the answer is “Not much.” 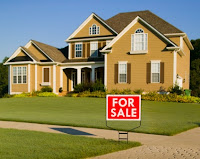 First, there are two types of U.S. visas: 1) Immigrant Visas (IVs, a/k/a greencards) and 2) Non-Immigrant Visas (NIVs). An example of a NIV would be B1/B2 (tourist visas), F-1s (student visas) or H-1Bs (specialty occupation visas a/k/a “work visas”). A NIV is by definition a temporary visa tied to the original purpose of the visa. So if someone gets a student visa by attending a U.S. law school, for example, once they graduate from the program, the visa is no longer valid. Same for the work visa – once you are no longer employed by the employer who sponsored your visa, the visa becomes invalid. In the case of a tourist visa, the amount of time you can stay is determined by the border official when you enter the country (usually three to six months).
The visa being proposed is a NIV which hinges on ownership of property. In summary, the legislation would create a new homeowner visa that would be renewable every three years. To be eligible, a person would have to buy a primary residence of at least $250,000 and spend a total of $500,000 on residential real estate. (The idea being that you can buy a house to live in and another to rent out.) The properties have to be purchased in cash with no mortgage or home equity loan allowed. And the property would have to be bought for more than its most recent appraised value so no buying up undervalued property on the short sale market. The buyer would have to live in the home for at least 180 days each year and buyers would no longer be eligible for the temporary visa if the property were sold. The final point most likely comes from IRS regulations that state that a person is deemed a U.S. resident for tax purposes regardless of their immigration status if they reside in the country for 180 days or more.
What the bill does not address is the status of the spouse and children. (Click here for a copy of the actual bill. Skip to Section 8.) But it is not unreasonable to expect that spouses and children will get derivative benefits similar to other NIVs. For example, a child of a H-1B holder will get a H-4 derivative visa; a child of a F-1 student will be the recipient of a F-2. These derivative visas will allow the spouse and children to reside in the United States on a valid status as long as the primary recipient’s status is current. The problem, however, arises in the definition of child. Under immigration laws, a child is defined as “an unmarried person under 21 years of age.”
Which brings us to why this bill, even if passed, won’t really affect the EB-5 program. EB-5 visas are Immigrant Visas giving permanent residency to holders of the visa. If you get an EB-5 visa, your child, as long as he or she is unmarried and under 21 years of age, will also get a greencard. Once you get a greencard, you are on a “path of citizenship” which basically means if you retain your status for five years, you are eligible to apply for naturalization. (There are a number of requirements, such as the “physical presence test” that one has to meet, but I won’t go into the specifics here.)
It is a well-known fact that many people considering EB-5 visas do so for the future of their children. So why would anyone choose to get a NIV that you have to renew every three years if once your children reach 21 they are no longer eligible to stay in the United States? I can see a use for this visa for older people who are retired and want to have some sort of presence in the United States. But for the majority of people who want to “immigrate” to the United States so that their children can build futures here, this visa really doesn’t help that much. Once you are in the United States on this visa, you can’t earn income or run a business (other than getting rental income from any property you might have purchased for investment purposes). You will get none of the benefits of a greencard holder or U.S. citizen, but will be taxed as a U.S. resident (i.e. pay taxes on worldwide income).
In conclusion, I don’t see the bill in its current form dampening investor appetite for the EB-5 visa. That said, I have heard that the mere introduction of the bill has caused confusion among potential investors. If you could buy a house for half a million dollars and get a greencard, would you invest the same funds in a venture by its very definition is “at-risk”? I sure wouldn’t.
By user_admin|2016-11-18T23:19:35+00:00January 9th, 2012|Homepage, News|0 Comments